Just so you know that Minnesota isn’t the only place in America where refugee contractors and the US State Department salted a Somali population, Tennessee got them too!

This is the kind of story I was thinking about when I first began this blog!

To counter the ‘new American’ fluff stories I wanted to show that some of those migrants, supposedly simply “looking for a better life,” are actually getting a better life at great expense to us, both financially and culturally.

Lately I’ve been distracted by so much news involving political frauds and crooks, so it’s good to have a reminder of why this blog came into being.

Pair of Middle Tennessee Students Accused Of Stealing $114,000 From University

Two Middle Tennessee State University students have been charged with stealing more than $114,000 from the university.

The Tennessee Bureau of Investigation announced Wednesday that Mohamed Gure and Mohamed Osman were indicted by a Rutherford County grand jury for fraudulently obtaining student activity fee payments from the university over a three-year period.

The Tennessee comptroller’s office, which helped TBI with the investigation, said Gure and Osman stole $114,145 between November 2017 and November 2020.

“MTSU should ensure its Student Organizations and Service Office carefully reviews supporting documentation before reimbursing student organizations,” Comptroller Jason Mumpower said in a statement. “Our investigators also noted several instances in which MTSU officials were not following their own guidance when processing reimbursements.”

Did any of you have any idea that public colleges (funded by taxpayers!) were shelling out this kind of money for student organizations?

I have to say that some of these ‘new Americans’ are clever scammers, but not quite clever enough this time!

In response to my post about the Kenyan Killer, read it here, a regular reader sent this account of what she and her siblings are doing to seek justice for their father who passed while in the custody of “bad actors.”

Since the media is so unresponsive, she suggests creating a podcast to help get the word out without the media filter.

Since we write a lot about Tennessee especially at Refugee Resettlement Watch, I would like to know where in Tennessee this happened.  Guess we can wait for the podcast!

My advice to the family who lost loved ones due to this monster….DON’T STOP, DON’T GIVE UP.

I too am in the same battle. Bad actors in our family got control of my Alzheimer Dad after our Mother passed….they abused and neglected him to the point of homicide. This was in a small town in TN. The DA was corrupt, the Court was corrupt to the point I and my siblings could not rescue him.

After he died after 3 years of abuse and neglect…they tried to hurriedly cremate him. I had to stay on the phone for 3 days to force an autopsy. The local joke of a Death Investigator said “natural causes. ”

My other siblings and I retained a world renowned Forensic Pathologist and he said “HOMICIDE.”

We went to multiple news sources….they won’t tell the story because they are compromised here and they think they would get sued.

So here’s where we are…..we are producing a Podcast that we will blast out across the country.

One way or another, people will know what happened to our kind Father.

I advise these family members to do the same thing. So many news outlets and “officials” are so compromised they are paralyzed and won’t or can’t act.

Don’t give in, don’t give up…..when talking about your parents’ deaths.

And don’t look to any “official” (especially the ones who have been in their position for a long time) to assist or help you. Don’t believe any laws you see in your state that claims it protects the elderly….that law is only there so they get tons of federal and state money….that they largely spend on fancy offices and “conferences” in exotic places…..trust me.

And good luck to you and yours….you’re going to need it. 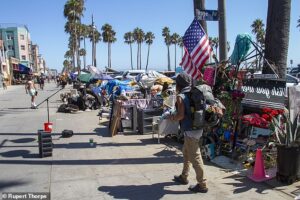 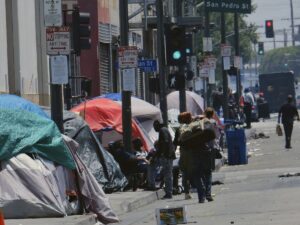 “What’s real is right-wing populism is growing, and we need to be growing a left populism even faster, on a greater scale, to turn the ship around.”

This is the first in a series of posts published at Tennessee’s Dailyrollcall.com that will dig deep into the movement seeking to transform all of America into a Marxist dreamland rooted in the heart of the Bible Belt.

Ash-Lee Woodard Henderson  co-directs the Highlander Research & Education Center located about 25 miles outside of Knoxville in New Market, Tennessee. She is a nationally-connected Marxist, a member of the M4BL policy table leadership team, and works with a myriad of other socialist/Marxist/communist oriented organizations across the country among her other affiliations.

M4BL is the Movement 4 Black Lives, a revolutionary umbrella group established in 2014; it is fiscally sponsored project of the Alliance for Global Justice.

M4BL will hold a Black National Convention at the end of August focused on harnessing the “black vote” to oust Trump and show Biden and the Democrat party the make-or-break heft of their voting power. These radical electoral organizers call their strategy the “Left Inside/Outside Project“.

Ash-Lee tells her comrades (her term of endearment), “organize the South to save the country.”

Training and convening happens at the Highland Center.

It’s critical for all Tennesseans who oppose the evils of socialism, communism and Marxism (whose ends are the same in the U.S.), to know about the Highlander Center, it’s leaders, spin-off groups, the affiliates, the funders, and of course, their agenda to take down what they call the “New Confederacy.”

You can’t oppose something you don’t know about.

You can’t understand the planned destruction to civilized society if you don’t learn about it.

You can’t understand the planned destruction for our constitutional republic if you don’t learn about it.

You can’t publicly condemn and push-back against something you don’t know about.

You can’t educate anyone else about something you don’t know about.

You can’t demand push-back from your community and elected leaders if you can’t explain it to them.

It’s a mistake to cavalierly dismiss these passionate, destructive groups. They are well-funded and have been able to make the industry of organizing and destroying, a full-time paid job.

Highlander Center is a convening Marxist destination in Tennessee where plans are hatched, developed and organized to first defeat President Trump’s re-election and then, continue to empower radical progressives who ascribe to socialist/communist/Marxist doctrines the likes of Ocasio-Cortez, Ilhan Omar, Rashida Tlaib and Ayana Presley to be the main drivers of the Democrat party.

Continue reading!  There is much more.

This is the sort of investigative and reporting work you should be doing where you live!  Come on people! If you don’t have a state or local website, get one!

This is an update of the story I posted a week ago from Tennessee about how a man described as a truck driver, for reasons supposedly still unknown, stabbed to death three women at a Pilot truck stop in Knox County.

Mama says he wasn’t mentally ill!  Seems that leaves only one explanation, right!

From the Commercial Appeal:

Did Knox County Pilot attacker commit another stabbing in Millington?

Did the man who killed three employees at a Pilot Travel Center in Knox County also stab a nurse nearly to death outside a mental health clinic in Millington, Tennessee?

Millington Police Chief Mark Dunbar said a mugshot of Idris Abdus-Salaam, the 33-year-old deemed responsible for last week’s triple homicide, resembles a sketch of the man who committed perhaps the most bizarre, brutal attack he’s seen in his decades-long career.

No one else witnessed the attack, Dunbar said. No camera caught it on video.

Investigators had nothing to go on but the words of a woman who had been stabbed over and over by a man she had never met.

Still, the nurse did well in helping police create a sketch of her attacker, Dunbar said.

The chief stressed that, although he believes the sketch resembles a 2018 booking photo of Abdus-Salaam, “that doesn’t mean it’s the same individual. We’re working with TBI trying to backtrack this,” he added, “and there may not be anything to it.”

Although police said at the time the Millington suspect might have been mentally ill, that statement was based more on common sense than concrete evidence, Dunbar said.

“If you stab somebody that you don’t know,” the chief said, “you’ve got a problem.”

Much remains unknown about Abdus-Salaam and what sparked the attack at the Pilot. Authorities said he killed Joyce Whaley, 57; Patricia Denise Nibbe, 51; and Nettie Spencer, 41.

Abdus-Salaam’s mother, Walidah Abdus-Salaam, told Knox News his family had no indication he was mentally ill. She described her son as a practicing Muslim and said she didn’t believe he had become radicalized by any sort of religious fanaticism.

The TBI initially described Abdus-Salaam as a truck driver from Durham, North Carolina, but on Wednesday wouldn’t comment on the details of his employment history.

The agency also declined to comment on whether he had ever been treated at a mental facility, as well as whether mental illness might have been a factor in the violence.

“That is part of our investigation,” a spokeswoman said in response to several questions from Knox News.