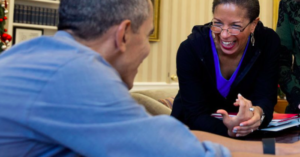 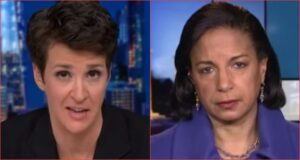 “Mustafa had never been an American. He had always been a citizen of the ISIS Caliphate.”

Daniel Greenfield, writing at Frontpage magazine has more details about how Mustafa Mousab Alowemer got into America, how his family lived isolating themselves from their black neighbors in Pittsburgh, how the ‘robust screening’ process for refugees missed him, and gives more details on how the plot would have been carried out.


Alowemer had even planned to set a timer and get to his mosque before the bomb exploded, thus providing himself with an alibi.
My posts on the foiled Islamic terror plot are here and here.
See what Greenfield has to say and see my research on the number of Syrians Obama actually admitted to the US in his last full year in office.
It is worse than I thought. And, by the way, Pennsylvania ‘welcomed’ the fifth highest number of Syrian Muslims to the US.
END_OF_DOCUMENT_TOKEN_TO_BE_REPLACED
06/24/201909/21/2019 ~ Ann Corcoran ~ 6 Comments

This story from a couple of months ago exposes again a big lie that the Open Borders Left never mentions—not all ‘refugees’ are thrilled to be in the land of opportunity.


Since 2007, when I first became aware of the Refugee Admissions Program, I have heard stories like this one and continue to be amazed that the virtue-signalling do-gooders, who promote refugee resettlement in American towns and cities, don’t ever seem to ask themselves if what they are doing is really good for the ‘refugees’ involved.
We know they don’t consider if the wholesale movement of third worlders to the US is good for Americans!
Before I give you the story, I assume most of you know about Obama’s “dumb deal” (that is what Trump called it when he first learned about it.)

If not, then briefly, Australia instituted a policy of sending anyone trying to break into their country by boat to offshore islands for detention. It was an excellent deterrent once the word got out!
But public pressure by the Australian Left forced the government to find a home for these mostly Muslim men.
Enter then President Obama who told the Aussies in 2016, just as he was leaving office, that we would take a few thousand of their rejected asylum seekers to America.  Trump (foolishly in my opinion) went along with the deal and said we would take 1,250.
However, so far, we haven’t brought in nearly that number (hard to find any reports on exactly how many). Today’s story says we took 500 and this one says we rejected 300.
Today’s post is about an unhappy family of Sri Lankan Tamils (they are not Muslims) who were placed in Arabic-speaking El Cajon, California by a US resettlement contractor—the International Rescue Committee.
END_OF_DOCUMENT_TOKEN_TO_BE_REPLACED
05/04/201909/21/2019 ~ Ann Corcoran ~ 2 Comments

The Council on American Islamic Relations (CAIR) and its friends on the Left including the Hebrew Immigrant Aid Society are still trying to undo President Trump’s ban on migrants from certain countries all of which are terrorist hotbeds.

I have to admit I had never heard of Tina Tchen until this past week when we learned she had been brought in to try to clean up (cover up?) the misdeeds at the largest hate group in the country—the Southern Poverty Law Center.  (See my story here)


So my ears perked up when I heard her name again, this time because of her involvement in helping to get charges dropped against the very privileged Jussie Smollett.
Frankly, it is special deals for special people that conservative voters won’t forget in 2020.
First thing this morning I hit the computer to see if anyone was pointing out Tina Tchen’s rising star among the Democrat elite and sure enough the intrepid Michelle Malkin posted a great piece overnight!