It probably isn’t just Virginia.  I suspect their campaign is nationwide.

CAIR is very busy these days while we are hunkered down and hiding from a virus.

(WASHINGTON, D.C., 5/15/2020) — The Council on American-Islamic Relations (CAIR), the nation’s largest Muslim civil rights and advocacy organization, is calling on all Virginian Muslims to consider applying to one of Virginia’s 774 open state boards and commissions.

“Virginian Muslims interested in becoming more civilly involved in their communities and wanting to ensure the effective representation of Muslims in the government should consider applying to the hundreds of appointment openings that continually need filling, “said CAIR Director of Government Affairs Robert S. McCaw.

See what McCaw has to say about how he came to CAIR:

The Virginia Secretary of the Commonwealth’s boards and commissions website lists 774 board seats that are currently vacant, as well as the seats with terms that will expire this year.

The seat descriptions indicate if there is a specific requirement for that seat (a specific profession, consumer, someone who lives in a certain congressional district, etc.).

If there is only a number listed (Seat 7), there is no specific criteria for that seat.  A “citizen” seat requires someone who is not affiliated with that profession.

For more information on the boards and commissions listed below see the Virginia Blue Book.

Calling ALL Virginians (especially you educated retirees!), why not check the list and see if there is a board or commission post where you might be able to contribute your talents!

Have a look at the list linked above—one appealing board that needs members is the ‘Office of New Americans.’  Surely they would allow one white/European ancestry person on the board!

Virginia is one of the states where ‘new American’ voters will likely matter and now comes news Sanders has chosen a woman whose supporters include Rep. Ilhan Omar and CAIR’s head honcho Nihad Awad (among others!).

The daughter of a radical Islamist operative is a state co-chair of presidential frontrunner Bernie Sanders’ presidential campaign.

Sanders named Abrar Omeish, daughter of Libyan-born jihadist sympathizer Esam Omeish, as a co-chair of his Virginia campaign on February 18.

On her own merits, the 24 year-old Abrar Omeish is of little political consequence. She is the youngest person to ever hold office in the state, having been elected in 2019 to the Fairfax County School Board. Her role on the campaign appears to be a Sanders gesture to a more powerful political constituency: the well-organized radical Sunni Islamist networks across the United States. Abrar Omeish’s father is former president of the Muslim American Society, a group identified by federal prosecutors as the “overt arm” of the U.S. Muslim Brotherhood.

The elder Omeish is best known in Virginia state politics for having been removed from a Virginia Immigration board by then-governor Tim Kaine, a Democrat, after a video surfaced of Omeish endorsing violent jihad against Israel.

Esam Omeish also served on the board of Dar al Hijrah mosque, a Falls Church, Virginia-based mosque with a long history of ties to terrorism finance. Omeish has also been accused of links to terrorism by a Libyan parliamentary security committee. He is a naturalized citizen of the United States.

There is much much more including links to back-up the reporting.  Read it all.

See yesterday’s post on Michael Bloomberg and immigration.  But, if last night’s debate performance was any indication, his campaign is likely toast.

Editor:  Sorry I am behind in posting here at ‘Frauds and Crooks,‘ but the Refugee Industry has gone into full mobilization against the President as they prepare for the day they hope is coming soon when they regain the White House and can open the refugee spigot wide, and so I’ve been posting extensively at Refugee Resettlement Watch in recent days.

As Virginia turns blue with its large influx of immigrants we sure are seeing an overabundance of cases where ‘new Americans’ are responsible for some pretty ugly criminal behavior in the Old Dominion.

I’m reminded of one of the first stories I posted here in the earliest days of ‘Frauds and Crooks’ about the ‘new American’ who set up cameras in mall dressing rooms to spy on women as they tried on clothing.  And, then there was that horrible case where the illegal alien raped and murdered a Muslim teen when everyone was expecting the killer to be an Islamophobic rightwinger.

Most recently we had the story about the Virginia Muslim doctor and his demographic jihad, here.  See my Virginia tag below for more Virginia frauds and crooks news.

Now here is the latest story about the joys that diversity is bringing to the state.

A Virginia man who worked as a substitute teacher and teacher’s assistant at a local elementary school in Fairfax County was sentenced to 150 months in prison and 20 years of supervised release on Friday for the attempted coercion and enticement of a minor and distribution of child pornography, according to a release by the Justice Department.

Monis Irfan, 21, pleaded guilty on July 19 after an undercover police sting found that he communicated online with a Fairfax County police detective posing as the father of a 7-year-old child, who wasn’t real.

“Irfan repeatedly told the detective that he was sexually interested in and active with children, and discussed his desire to perform graphic sexual acts on the detective’s fictitious child,” the release said.

“After several days of sending sexually explicit messages and images, Irfan drove to a predetermined location to meet the undercover detective and engage in sexual acts with the child.”

He was arrested after meeting face to face with the detective.

The investigation found that Irfan also received and distributed child pornography that depicted the sexual abuse of an infant over encrypted messaging apps on his phone.

The release stated that he also recorded a video of himself engaging in sexually explicit acts with a 5-year-old.

And, here is the Justice Department release from April when he was indicted.  Sure sounds like he got a lesser sentence than he could have received.

Because so many readers sent the news about a Pakistani doctor in Virginia under arrest for performing unwanted and unneeded medical procedures on women in his care, I need to post the news. 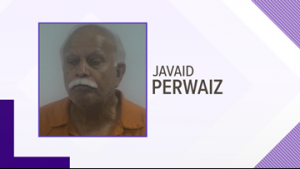 Even if there weren’t questions about why some women were unknowingly (allegedly) made infertile, Dr Perwaiz would have come to our attention, joining a growing list of ‘new American’ doctors who are busy committing Medicaid/Medicare fraud one of the interests highlighted here at ‘Frauds and Crooks.‘

The details of this case are simply horrifying. One woman tried for years to conceive a child, but couldn’t. When she finally consulted a fertility specialist, she discovered, according to the Virginian-Pilot, that her “Fallopian tubes had been burned down to nubs, making it impossible to conceive naturally.” It turned out that her physician, Dr. Javaid Perwaiz of Chesapeake, Virginia, had tied her tubes without telling her was doing it or obtaining her consent. And she was by no means the only woman whom Dr. Perwaiz victimized in this way.

About the good doctor we are told that he was “educated abroad,” with no hint as to where – it was actually in his native Pakistan, as the Virginian-Pilot notes: “Perwaiz has had a medical license since at least 1980, according to state records, having attended medical school in his native Pakistan and completed a residency at Charleston Area Medical Center.”

Read the Virginian-Pilot story to see what Perwaiz is being charged with.

Spencer wraps with this after telling us what Muslim leaders have said in the past about demographic jihad:

Is it possible that Javaid Perwaiz has the same kind of mindset, believing that he is performing an Islamic duty by preventing infidel women from having children? It cannot be discounted, but of course the possibility will never be investigated; to do so would be “Islamophobic.”

One reader who sent me the story remarked that any woman who goes to a Muslim doctor is foolish (harsher words than that).  However, I will bet most American women have no clue if their ‘new American’ doctor is a Muslim and if they do they don’t know any basic tenets of Islam.

Changing America by changing the people!

Don’t miss my RRW story about how Muslims are winning big in local elections. Virginia was a big winner for them on election day 2019.

This is an update of a story I posted here in August where we learned that even the Washington Post was calling out local Leftwing politicians for their hypocrisy!

It is your classic ‘Not-in-my-backyard’ tale.

Washington, DC and its wealthy (Democrat-run) bedroom communities of northern Virginia do not want shelters for the mostly teens coming across our borders illegally.

Send them to Arizona and Texas instead!

From the Washington Business Journal:

The Trump administration has called off its plans to bring a new shelter for unaccompanied immigrant children to Northern Virginia.

Federal officials are “no longer conducting exploratory assessments of vacant properties to lease” in the region, according to an email from spokespeople with the Department of Health and Human Services’ Office of Refugee Resettlement. The agency revealed in August that it was considering a variety of Northern Virginia jurisdictions for a new, 110,000-square-foot facility.

But that move prompted fierce pushback from local leaders…

The HHS officials did not say why they ultimately declined to pursue a shelter in the region. They added in the email that they’ve also stopped searching for space in Atlanta, Central Florida and Los Angeles, and will likely pursue new facilities in Texas and Arizona instead.

The mayor of Alexandria, Virginia, Justin Wilson, said if the feds send some bucks to the city he might consider discussing it further.

“If the federal government wished to provide the city with the resources to care for these children, in partnership, I would be open to discussing such a scenario,” Wilson wrote. “But as it has been presented to the city at this point, I do not believe this is something the city should be a part of.”

The Trump administration’s plans for a similar immigrant shelter in D.C. are considerably more unsettled.

Separately from the search for space in Northern Virginia, HHS also plans to work with Maryland-based contractor Dynamic Service Solutions to open a new shelter in Takoma. Mayor Muriel Bowser, however, has rolled out new regulations in a bid to block that project, though it remains unclear whether federal officials have a way to sidestep her efforts.