In case you missed it, and you might have because corporate media and even some Republicans have been working hard to silence the indomitable Michelle Malkin, here is her analysis of the sudden Haitian invasion of our wide open southern border.

At the Santa Barbara News-Press:

In nearly 30 years of covering America’s corrupted immigration and entrance policies, I can tell you definitively that every “border crisis” is a manufactured crisis.

All the world’s a stage, and as I exposed in my most recent book, “Open Borders, Inc.,” the world’s migrants are nothing more than expedient tools to globalist elites, profit-maximizing corporations, self-aggrandizing religious and nonprofit groups, and criminal smuggling syndicates.

Editor:  Apologies from me for not being able to keep up with everyone’s requests for information.  I am overloaded on all fronts as I try to maintain some balance in my life.  Some of you have noticed that I have deactivated my Facebook page—yes, I have. 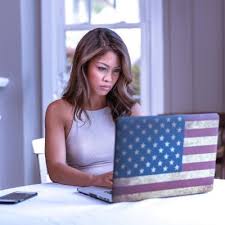 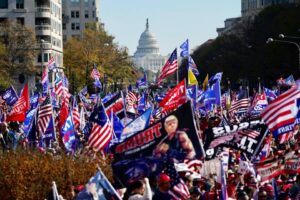 Michelle Malkin will bring a smile to your face as she pulls no punches in whacking the Lefties with their hands out to Congress as the great American wrecking ball makes its way through the Senate and House.

From Creators.com (in case you haven’t seen it yet):

When I think of “essential” workers in America, the smear merchants of the Anti-Defamation League are at the bottom of the barrel. For decades, they’ve demonized conservatives and Christians as agents of “hate” and treated our very existence as incitements to violence. The ADL’s manufactured outrage machine has broadened its target list to anyone remotely critical of Israel for any reason, President Donald Trump, Immigration and Customs Enforcement agents, “America First” college students, innocuous hand gestures, cartoon frogs and anyone who dares to think or write that “It’s OK to be white.”

Now, in the wake of the “Chinese flu” pandemic, ADL is lining up with all the other federal bailout vultures clamoring for free money. This week, the group issued a statement calling on Congress to include “relief for charities” in any COVID-19 legislation.

“In times of crisis,” ADL self-righteously urged, “nonprofits are on the front lines, ready to respond and serve communities across the nation — but funds are needed to continue doing so.” The “relief package” pushed by ADL and several hundred other groups demands $60 billion in “emergency stimulus funding to support our work… during this time of crisis and need.”

What a crock. The primary “front lines” ADL occupies are on the battlefields against American sovereignty and free speech. By my count, the open borders zealots of ADL have filed 17 amicus briefs in our courts supporting obstruction of Trump’s immigration enforcement and national security measures.

On top of the $60 billion ADL wants for itself and its ideological fellow travelers (including tax-funded refugee resettlement contractors Catholic Charities, Church World Service and Lutheran Services), the group called on House Speaker Nancy Pelosi this week to include Medicaid coverage and tax rebates for illegal immigrants in her Chinese flu rescue package.

I have only snipped a bit of Malkin’s hit on the ADL and its “ideological fellow travelers,” continue reading here.

See all of my previous posts filed in my ‘Charity Fraud‘ category. 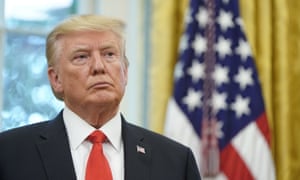 ***Update***  Help Save Maryland has an extensive report, see here.

Yesterday, I told you about the rally planned for this morning in sanctuary county MoCo.

Crowds Gather in Rockville for Protest, Counterprotest Over Immigration Enforcement

Larry O’Connor, a conservative radio host on WMAL, was drowned by chants of “USA” as he addressed a crowd of supporters in front of the Montgomery County Council Building on Friday morning.

O’Connor was appealing to a crowd of protesters who arrived at the building to protest an executive order by County Executive Marc Elrich that directed local agencies not to cooperate with U.S. Immigration and Customs Enforcement. Across the street, another crowd was gathered to support the order and express their solidarity with the immigrant community.

The dueling protests were the latest conflict over the executive order, issued in July, that attracted nationwide attention after the Trump administration directly criticized the policy.

Across the street, County Council members and advocacy groups such as CASA of Maryland voice support for the policy.

The executive order did nothing to change the county’s existing policies, which have long instructed the Montgomery County Police Department and Department of Corrections not cooperate with federal immigration detainers.

When I get more news from the frontlines, I’ll post it here.

Wouldn’t you love to see more rallies like this one in sanctuary jurisdictions across America!   Maybe Malkin and Judicial Watch would lead the effort!