“[A]fter arriving in the United States from Cuba on a raft seeking refuge and a better life…they proceeded to build a vast empire of fraud.”

Here is the news directly from the US Justice Department, and I must say this is one of the better press releases I’ve seen from the feds especially for its mention of the fact that the Cuban crooks were refugees who then took advantage of us. (Immigration history is rarely mentioned.)

(Thanks to one of my many readers who share tips with me.)

We gave them an opportunity for a good life, they ripped us off and now we must pay for their incarceration!

According to court documents, after arriving in the United States from Cuba on a raft seeking refuge and a better life, the Rodolfo Pichardo and his wife Marta Pichardo settled in Miami-Dade County, Florida where they proceeded to build a vast empire of fraud, consisting of at least six fraudulent home health agencies, three fraudulent therapy staffing companies, and two fraudulent pharmacies. Each of these entities purportedly provided home health services, therapy services, and prescription drugs, respectively, to qualified Medicare beneficiaries, though in fact and as both Rodolfo and Marta Pichardo knew, they did not.

From May 2010 through September 2016, the Pichardos and their co-conspirators used this empire to submit more than $38 million in false and fraudulent claims to Medicare, for which the trust-based program then paid out more than $33 million.

Fueled their lavish lifestyle with your money!

The Pichardos then used this money to purchase multiple properties, high-end vehicles, expensive jewelry, plane tickets, vacations, cosmetic procedures, and more, both for themselves and their family members.

As part of the scheme, Rodolfo Pichardo offered and paid kickbacks, both by cash and by check, to numerous patient recruiters, in exchange for the referral of Medicare beneficiaries to home health agencies that he owned. The conspirators also offered and paid cash kickbacks to owners and operators of multiple Miami-Dade medical clinics, in return for acquiring medically unnecessary home health prescriptions for the recruited Medicare beneficiaries. These prescriptions were then used by the Pichardos’ various home health agencies and pharmacies to bill Medicare for purported services and pharmaceutical drugs that were provided to allegedly qualified Medicare beneficiaries

During the long-running scheme, the Pichardos took several calculated steps to conceal the fraud and avoid detection, including using nominee owners, changing names and locations of their fraudulent entities, and creating shell companies to conceal the receipt of the fraud proceeds, hide assets and transactions, and divert proceeds for both personal use and to further the fraud.

There is a bit more here.

So much for Michael Bloomberg’s New American Economy built on immigrant entrepreneurs.

As I have said before, the President should work some of the fantastic fraud busts his Justice Department is exposing into each rally he attends.  He could direct his staff to find one or two relevant to whatever state he is visiting.

I think Florida fraudsters might outnumber Michigan schemers here at ‘Frauds and Crooks’, but I’ll check my archives tomorrow on this blogs first anniversary!

Don’t forget to check in at Refugee Resettlement Watch which has been taking most of my attention in recent weeks! 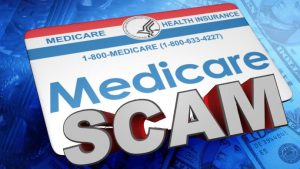 That is what the Palm Beach Post asked in a front page headline in the wake of the horrific murder of a vulnerable grandmother who was probably so excited to be receiving her brand new washer and dryer a few weeks ago—not knowing that her new appliances spelled death.

Who could imagine that a delivery man, working as a subcontractor for a company hired by Best Buy, would beat her with a mallet, douse her with chemicals and set her on fire!

Did you see this story?  I hadn’t until a reader sent me a clipping from the local newspaper, the Palm Beach Post.

But in a follow-up to the original murder story, the Palm Beach Post asked,

Who’s coming into your home? Boca homicide makes you wonder

Details about Jorge Luis Dupre Lachazo, the man facing a murder charge in her death, began to emerge Wednesday.

Which raises the question: Who’s coming into your home?

She was a mother of two and a grandmother of six. Married for 55 years. A retired college library worker. And days short of her 76th birthday.

Police said they haven’t determined what set off Dupre Lachazo, 21, who confessed to attacking Smith at her home in Colonnades at Glen Oaks, a neighborhood at Jog and Yamato roads just south of Spanish River High School. Arriving authorities found her in her laundry room, her clothes on fire.

“I need somebody. I need the police here,” David Gonzalez, the delivery driver whom Dupre Lachazo was helping, told police amid sobs on a 911 recording city police provided Wednesday.

The dispatcher asked if he needed just paramedics, or police. Gonzales answered, “Both.”

The problem, Davis [Donna Davis, a professor of supply-chain management] said, is that the customer waiting for delivery isn’t thinking the man or woman at her door works for some unnamed subcontractor. Or even for an outfit as big as J.B. Hunt. She’s thinking Best Buy. And that provides a false sense of security.

According to the 911 recording, after Gonzalez asked for police to come to the house, the dispatcher patched in an interpreter, who relayed the man’s frantic description of what had occurred. [BTW, if this pair hardly spoke English how the hell were they going to explain how to operate the new appliances?—ed]

About five minutes into the call, a man presumed to be Dupre Lachazo is heard in the background. This likely is when he ran past Gonzalez, got into the company truck and drove off. He was captured a few minutes later…

More of the dreadful story is here.

Pay attention to the lesson!  As more foreign cheap labor is hired by greedy companies, you won’t know who is coming into your home!

And, frankly, stories like this should be widely disseminated by the national media as a public service to us, but they won’t be because the message isn’t one the Progressives who are the media want you to hear!

We hear every day about the “vulnerable” women and children at the southern border, but what about our vulnerable senior citizens—Americans!—who are victims of evil creeps like Lachazo!