One hundred and eight people have been murdered in Baltimore so far this year.

They say they have video of the thugs wandering the neighborhood and one of them approaching Efraim Gordon before he was killed, and a reward has been posted for information, but no arrest yet in the young Jewish man’s murder.

I didn’t post this last week because I wanted to report the arrest or arrests and assumed that within a day or so arrests would have been made in a case that Gordon’s family in Israel and the Israeli press are watching closely.

As of this morning no news of an arrest, so I will update this post if and when the killer or killers are found.

Here is the latest from three days ago from CBS Baltimore:

BALTIMORE (WJZ) — Community members are both angry and concerned after an Israeli man was murdered in Baltimore.

Members of community walked several blocks to hand out flyers informing neighbors of a $30,000 reward in hopes that someone will come forward with information regarding Efraim Gordon’s murder.

Gordon, 31, was murdered Monday near aunt and uncle’s home on Fords Lane and residents continue to express their frustrations with the city’s high crime rate.

“It’s not just about one man, it’s like this is a pattern,” said a man, who also brought his children along to help hand out the flyers.

“This has just devastated the entire community,” said Councilman Yitzy Schleifer, ”and you have a lot of people taking off of work to go door-to-door hanging up signs to make sure those responsible for this murder are brought to justice.”

Gordon was from Israel and was visiting Baltimore for the first time for his cousin’s wedding. His sister spoke with Israel National News.

“Nothing was stolen. He had his watch, his passport, his ID, his bag of money,” said the victim’s sister, Ella Gordon. Detectives say they will review camera footage in the area for possible leads.

Baltimore’s crime problem has been a big talking point for politicians this week. Ninety nine people were killed at this time in 2020 compared to 108 so far in 2021.

Governor Larry Hogan and Mayor Brandon Scott exchanged words on Twitter addressing the issue of crime in the city.

And, here is a brilliant idea from three days ago….

Defund Baltimore’s police department! That should solve the crime problem!

From the Real News Network:

Off topic, but not really, check out The Well Armed Woman website and see if there is a chapter near you!

What is most interesting to me about this lengthy report entitled ‘The US saw significant crime rise across major cities in 2020. And it’s not letting up,’ is that it was written by reporters at CNN and you will not be surprised to see some of the reasons why murders, rapes, assaults and robberies are on the rise.

Of course, claims are made that the Chinese virus played a role for various reasons, but so did those riots we witnessed throughout the summer of 2020. 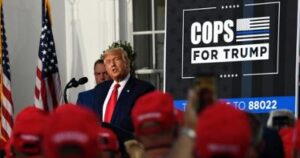 And, of great concern both from the riots and from the failure of the legal system to mete out sufficient punishment is the fact that police officers are feeling demeaned by the defund the police movement.

Yes! CNN is saying this, something you surely wouldn’t have seen in the run-up to the 2020 presidential election because those are the things Donald Trump was saying.

But, before I get to the analysis of a study released by the Major Cities Chiefs Association that documents the alarming rise in crime, please see this dreadful story from South Carolina.

A Christian doctor, his wife and two grandchildren, along with an air conditioner repairman who happened to be working at the house were gunned down by a black, former football player, apparently angry because his drugs had been cut off.

This is Dr. Lesslie and his granddaughter one of two of his grandchildren slaughtered this week. 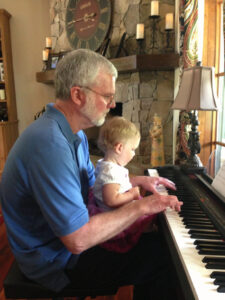 When you look around at the stories in the mainstream media you will see a focus on how football messed up the killer.

That is the same spin as the convenient excuse used by the mainstream media when the black guy killed the Capitol police officer last Friday.

Adams killed himself after killing the doctor, his wife and two grandchildren, so this will be the end of this sad story except for those in the shattered Lesslie family.

And, for the family of a repairman who surely now has a grieving family too.

Although no one was killed this time, see a disgusting violent display posted at Gateway Pundit where some black women assaulted a hapless white US postal service worker because she didn’t have their stimulus checks.

Before I get to the CNN report and the crime study, in 2020 numbers skyrocketed as first time gun buyers hit an all time high. Women especially didn’t have to see a study to know that they need to protect themselves now more than ever.

I wondered if the Lesslie family had a gun, but even if they did I’m guessing they had no time to get it.

The US saw significant crime rise across major cities in 2020. And it’s not letting up

It’s nearly impossible to attribute any year-to-year change in violent crime statistics to any single factor, and homicides and shootings are an intensely local phenomenon that can spike for dozens of reasons.

But the increase in homicide rates across the country is both historic and far-reaching, as were the pandemic and social movements that touched every part of society last year.

Experts point to a “perfect storm” of factors — economic collapse, social anxiety because of a pandemic, de-policing in major cities after protests that called for abolition of police departments, shifts in police resources from neighborhoods to downtown areas because of those protests, and the release of criminal defendants pretrial or before sentences were completed to reduce risk of Covid-19 spread in jails — all may have contributed to the spike in homicides.

Through the first three months of 2021, a number of major cities have indicated they are still experiencing high rates of violent crime, according to Laura Cooper, executive director of the Major Cities Chiefs Association. “Some cities are set to outpace last year’s numbers,” she said.

Protests were violent!  No kidding CNN!

Protest messages varied from defunding departments to outright abolition of police forces and were sometimes violent and occasionally led to looting and other property destruction. Many protesters largely dismissed the legitimacy of American police.

Who would have guessed: “If you stop policing, violence goes up.”

Another aspect of de-policing relates to low morale among officers as a result of the Defund the Police movement. Police Commissioner Harrison noted that diminished performance by officers leads to increases in violent crime as a result of officers feeling “under attack.”

“Whenever you have an anti-police sentiment,” says Harrison, “you can very well have police officers who are not as motivated to go out and really be proactive because it’s perceived that people don’t value police.”

The heightened scrutiny of police departments has created an environment where officers are less likely to stop people out of fear of getting in trouble and being videotaped while making an arrest, said Moskos.

“It’s not that they’ve stopped working, but if they see someone suspicious in an alley, they just ignore it when a year ago they might have stopped him and figured it out,” he said. “Because what happens if he resists arrest?”

Free to kill because there will be no consequences!

The factors that determine whether an individual decides to commit a crime have everything to do with the likelihood of getting caught, and if they are caught, whether there will be consequences, said Baltimore’s Commissioner Harrison.

Harrison says the sweeping shut down of the criminal justice system for almost a year sent the message that people won’t be held accountable for their crimes.

There is much more.

Chicago, Houston and Memphis are three cities singled out by CNN reporters.

Marvel at the report that would never have been written in the run-up to the (stolen!) 2020 presidential election.

Find a city near you!

And, it isn’t getting better:  “Some cities are set to outpace last year’s numbers!”

If your city is one of those experiencing a spike in crime in Joe Biden’s America, why not write a letter to the editor of your local paper.  I doubt very much this is data that your likely liberal local media will want to report. 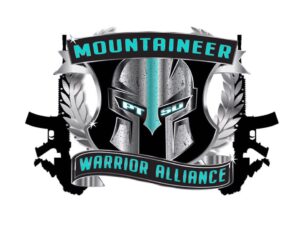 The peaceful rally to Back the Blue was interrupted by the arrival of a black clad Antifa/BLM creeps and the police supporters were having none of it.

Things turned ugly as the pro-police group attempted to push the intruders out of the neighborhood with chants of “Commies go home!”

Police made several arrests. I watched a number of videos and it appears those arrested were on the side of Antifa/BLM.

The most important takeaway for me was to see this was happening, not on some big city street (like you saw in my post yesterday), but in a suburban neighborhood just like hundreds of thousands of other neighborhoods in America.

Here is a video: the long version at Facebook.  (Don’t miss those Palestinian head scarves.)

And here is one of many shortened versions at Youtube (you might find others with some different angles on the melee).

Coming to a neighborhood near you? Just wait until Trump is reelected.  No, don’t wait, prepare!