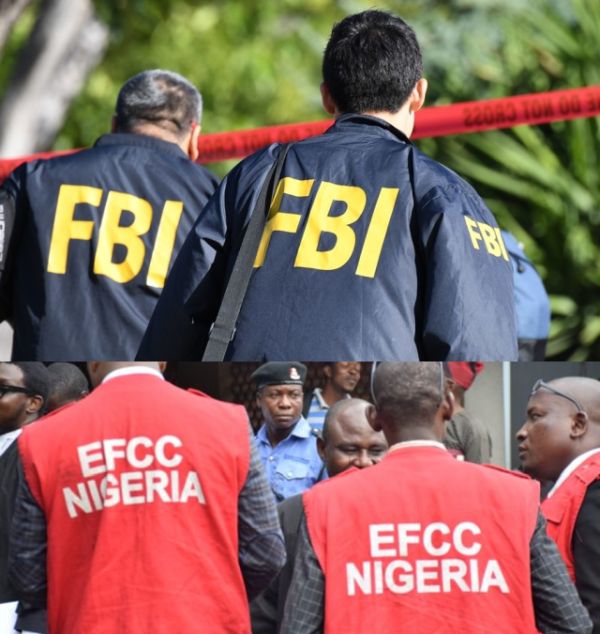 “We believe this is one of the largest cases of its kind in U.S. history.”

The FBI announced this week that over a dozen were under arrest in the US and efforts were being made to find additional co-conspirators around the world in fraud schemes  involving at least 32 victims.

Here is The Hill on this good news,

The Department of Justice on Thursday unsealed a 252-count federal indictment charging 80 defendants, many of whom are Nigerian nationals, with conspiring to steal millions of dollars through online scams.

The indictment was unsealed by the U.S. Attorney’s Office for the Central District of California and was made public shortly after authorities arrested 14 of the defendants across the United States, with 11 of these defendants apprehended in the Los Angeles region. The majority of the defendants are outside the country, with many likely in Nigeria.

The defendants involved in the case were charged with attempting to defraud individuals of millions of dollars through the use of business email compromise (BEC) and online romance scams, in addition to other schemes meant to target the elderly.

The investigation is being led by the FBI, with each of the defendants charged with “conspiracy to commit fraud, conspiracy to launder money, and aggravated identity theft,” according to Justice Department. Some defendants also face fraud and money laundering charges.

“In the BEC scams, the fraudsters will often hack a company’s email system, impersonate company personnel, and direct payments to bank accounts that funnel money back to the fraudsters in Nigeria,” Hanna said. “In the romance scams, victims think they are developing a dating relationship, when in fact they are just being tricked into sending money to the fraudsters.”

Hanna added that “we believe this is one of the largest cases of its kind in U.S. history.”

Paul Delacourt, the assistant director in charge of the FBI’s Los Angeles field office, said during the same press conference that losses involved in this case for victims total around $10 million. He said defendants attempted to obtain $40 million from victims.

There were at least 32 victims in the case, from the United States and other countries including Japan, the United Kingdom, Lebanon, Ukraine, China, Mexico, Germany, Indonesia, the United Arab Emirates, and Trinidad and Tobago.

Delacourt said the case began in 2016 after one individual was victimized by the defendants. The two main defendants in the case are Nigerian citizens Valentine Iro and Chukwudi Christogunus Igbokwe.

And, don’t miss the  Stars and Stripes story about how some of the crooks pretended to be US military personnel when they scammed hundreds of thousands from lonely women.

I know you are shaking your head and wondering who in their right mind would be so foolish to send money to a stranger they met on the internet.  Well, as we have heard in previous posts on Nigerian romance scammers, these Nigerian creeps are skilled actors and preying on vulnerable and lonely people seems to come naturally to them.

Keep an eye on your elderly friends and family members and don’t let them fall for these despicable scams.

Editor:  As we work on getting this blog and Refugee Resettlement Watch hosted elsewhere there may be a glitch or two along the way.  Yesterday that happened with my update on the Kenyan Killer story, see here, where the link did not work.


Well, at least this Liberian didn’t get away with the all too common marriage scam which we have mentioned in  a couple of posts lately*** involving men who married, or attempted to marry Americans, in order to stay in the US after initially getting into the country on a visitor visa of some sort.
See how he was caught lying……
From Fox News,

A Liberian soccer player’s attempt to trick U.S. immigration authorities into giving him a green card backfired after an agent in Rhode Island viewing the phone of the woman claiming to be his wife saw an incoming message from another person thanking her for the “best sex ever,” prosecutors say.
Prince Mark Boley, 30, is now facing up to five years in prison and a $250,000 fine after being convicted by a federal court this week of lying to immigration officials and providing false information on immigration documents, the U.S. Attorney’s Office of the District of Rhode Island announced.
The steamy text that sparked an investigation into his behavior came in June 2017, when authorities were questioning the validity of his marriage to a U.S. citizen that occurred a year earlier, the office said. Boley was seeking a green card and the woman he claimed to be his wife allowed an immigration officer to review her phone in hopes to make clear that the two truly were in love.
While the officer was going through messages on her device, a new one popped up – from “Chriss”, complimenting her for the “best sex ever”, the Providence Journal reported.
[….]
“At trial, the woman testified that her marriage to Boley was a sham, and that she married Boley solely for the purpose of him obtaining a green card,” the office continued. “She testified that she and Boley did not live together and never had a physical relationship, but that Boley did take steps to create a paper trail that he resided with her, such as having some of his mail sent to her address where he did not live.”

*** Both the Kenyan Killer, Billy Chemirmir, and the Nigerian who brutally murdered the Utah coed either did marry or attempted to marry Americans in order to stay in the country.
How many more are out there? 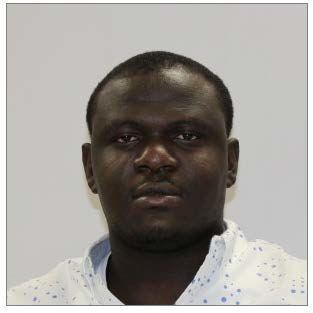 He was in the US on a STUDENT VISA.
The story was sent to me by reader Rachel who penned this in an attached note: “Deport Him Now!”
You might want to see my February story about Nigerian so-called “romance” scams here.
Apparently they are skilled actors who pose as white men on-line.
END_OF_DOCUMENT_TOKEN_TO_BE_REPLACED