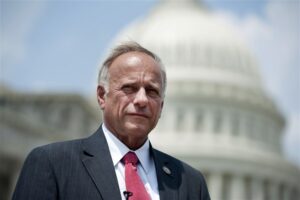 Here are a few excellent comments in response to my post yesterday on Leo Hohmann’s latest piece: ‘America at the crossroads: The silent majority vs. the advancing power of the mob.‘

Thanks so much for this, Ann. Leo Hohmann is my all-time hero. He’s part of a tiny, tiny, tiny—less than a thousand, I’m sure, if not a hundred—handful of people who are speaking up about the obvious: we are in the middle of a full-scale revolution, and the beginnings of a genuine Civil War. It’s 1968 all over again, only this time it’s MUCH more serious.

Our beautiful, beloved country will almost certainly die a horrible death in November, without a kind of miracle. How we can get the supposed two million evangelical Christians who don’t vote, to do so in this year’s election, I have no idea. But thank goodness for Mr. Hohmann: he’s on his white horse, at least. Too bad he has no cavalry!!

Ben Carson was on Fox this morning talking about the silence from people who do not support this lawlessness and mob control. He said it is up to us to stand up for what we believe and stop hiding and hoping no one will notice us. He is correct because our elected officials are doing nothing and it is soon going to be out of control. I write to my local elected and hope that others do the same. There is strength in numbers and if we all speak out, we can win our country back. Thank you Ann for speaking up all these years about the injustice to everyday americans and taxpayers.

And then this from Blurnieghey:

You would think by now these people would learn not to apologize. Why bother? You’re going to be toast no matter what you do, so you might as well stick to your guns and show some dignity.

Perhaps the “silence” of the “majority” deserves some analysis of where the average member of this ambiguous group stands in this mess. Aside from the chumps who are swallowing whatever crap the nightly news feeds them, what else do we have? People in debt to their eyeballs and possibly broke? Living paycheck to paycheck, maybe? Afraid of losing their jobs because they are “racist”? Families to support and a perhaps a liberally inclined significant other who ain’t havin’ none of it, who holds the leash? Maybe hoping to hunker down and avoid the whole mess because they are hoping to retire soon? Drugs, poor health and generally poor physical condition, and on and on.

I’m not trying to run anybody down here, but the fact remains that, if you are compromised by any of the above, you owe it to yourself to get un-compromised. If you can’t be troubled to do that, then exactly what can you be troubled for? If it’s too much work, then it isn’t unfair to question your worth in any sort of “uprising”.

It appears these scum are using our financial security and fear of discomfort as a means of control. If this intimidates you, get un-intimidated. You can’t take all your goodies with you when you go and it looks to me like they just want to incrementally grind us down, knowing that people will continue to cling to what little they have rather than strike back.

Personally, I’d much prefer to be farting around with my hobbies and enjoying myself than confronting this mess, but it’s pretty obvious what is coming down the pipeline at this point and there simply are no half-measures. They have any number of commie playbooks to draw instruction from and they are clearly using them—what do we have?

They are organized—we aren’t. Let that sink in.

The above rant aside, my gut tells me these swine are poking the bear so they can get some blowback and achieve some degree of martyrdom before they continue the siege. Speaking up and not caving is great, but the willingness of the scum to resort to violence over trivialities makes me suspicious.

What do we do?

The only thing I know is that we must put Donald Trump in the White House for four more years and buy ourselves more time. As imperfect as he is, there is no other choice.

I told readers that in November of last year and the post is featured continually on the right hand sidebar of both of my blogs.  Click here to read it all.

And, don’t wait for one national group/leader to emerge so he or she can tell you what to do! Find some place where you can do your part this year and the years ahead (like reader Michelle is doing, it doesn’t have to be huge).

I’ve made several suggestions in that post linked above.

But, let me say, that even if Trump is successful that will not be the end of it and we need to be ready for more trouble ahead because as reader Blurnieghey says, they are organized and we are not.

Come back for my next post to see one way they are organized and thus how Michael Bloomberg’s ‘New American Economy’ helped defeat Rep. Steve King in Iowa (as Bloomberg works to change America by changing the people).