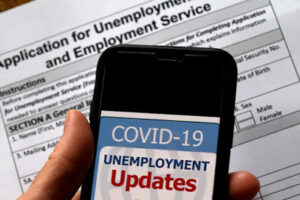 The prisoners are endangered by the Chinese virus they say.

John Binder writing at Breitbart explains how ridiculous the lawsuit is because it could result in the release of one of the allegedly most prolific murderers of senior citizens in the US—Billy, the Kenyan Killer, Chemirmir.

I told you about another such lawsuit filed against the same jail by prisoners held at that jail, here last month.

From Breitbart (thanks to several readers for bringing the story to my attention):

An American Civil Liberties Union (ACLU) lawsuit is seeking the release of inmates in the Dallas County, Texas Jail considered “vulnerable” to contracting the Chinese coronavirus — a suit that could result in the release of a high-profile accused illegal alien serial killer from Kenya.

Breitbart News exclusively reported that Chemirmir first arrived in the U.S. on a B-2 tourist visa in July 2003. Though Chemirmir was supposed to only temporarily be in the U.S., he overstayed his visa and became an illegal alien who was eligible for deportation.

The ACLU, partially funded by billionaire George Soros, has filed a class-action lawsuit against Dallas County officials demanding the release of all inmates in the Dallas County Jail who are “over 50 and those who are most vulnerable to contracting the novel coronavirus that causes COVID-19.”

The lawsuit is requesting that as many Dallas County Jail inmates are released as possible until the facility is in full compliance with six-feet social distancing guidelines.

And, help keep the case of the Kenyan Killer alive because the national mainstream media isn’t touching it!   Presumably they can’t ignore his trial, but an April 2021 trial date is a long way off.

And, he is accused of passing his US taxpayer-funded research on to China.

CLEVELAND (WJW) — A former Cleveland Clinic research doctor and Case Western Reserve University professor is accused of receiving federal grant money for research in the United States and not disclosing similar funding he received for research in the People’s Republic of China.

He is also accused of sharing research he did in the U.S. with the Chinese government.

Dr. Qing Wang, was arrested Wednesday afternoon at his home in Shaker Heights. He is being charged with false claims and wire fraud related to more than $3.6 million in grant funding that he and his research group at the Cleveland Clinic received from the National Institutes of Health.

According to a federal complaint, Dr. Wang “knowingly failed to disclose to NIH that he held an affiliation and the position of Dean of the College of Life Sciences and Technology at the Huazhong University of Sciences and Technology” in China. It alleges that he received $3 million in grants from the Chinese government for some of the same scientific research that was funded by the NIH grant, but never disclosed that information.

“Why should another country and another group of citizens benefit from information that we funded here in the United States?” said Jeffrey Fortunato, an assistant special-agent-in-charge with the Cleveland Division of the FBI.

Dr. Wang is also accused of participating in a Chinese government program that recruited individuals with access to or knowledge of foreign technology and intellectual property.

See the FBI press announcement here for more details. So much for screening these foreign researchers BEFORE they get here.

Todd Bensman writing at the Center for Immigration Studies does a deep dive into the case I reported here in March of the Mayo Clinic doctor who wanted to kill kuffar.

Thanks to ‘meanymom’ for catching the story from a week ago.

During his two years working as a “research coordinator” on an H-1B visa for the Rochester, Minn., Mayo Clinic, Pakistani medical doctor Muhammad Masood allegedly saw himself as having gotten “behind enemy lines” where “not many people cant [sic] even reach here to attack.”

A federal criminal complaint almost lost in the nation’s Corona-19 virus crisis alleges that Masood planned from the day he arrived in America on his H-1B visa in February 2018 that he would use the rare access it afforded to learn something useful about his enemies so as to conduct violent jihad in line with his perceived religious duty.

By January and February 2020, according to the complaint, the 28-year-old was messaging on an encrypted platform about how sick he had grown of smiling every day at the “passing kuffar”, a derogatory term for non-Muslims that often justifies execution. All the smiling was “just not to make them suspicios [sic] … I cannot tolerate it anymore.”

He messaged that he could not let his H-1B visa go to waste. “Sometimes I wantto [sic] attack enemy when I am behind enemy linea [sic] itself,” he messaged in January. “[I] wonder if I will miss the opportunity of attacking the enemy when I was in the middle of it.”

By the grace of an undercover FBI investigation, Masood will do no such thing.

Agents arrested Masood on March 19. By then, he had changed the plan from attacking the local kuffars he hated so much to joining ISIS in northeast Iran and Afghanistan, or in Syria as a medic, or maybe engineering drones “and also fight”. It’s unclear why he changed his mind about attack on U.S. soil.

So we aren’t producing enough docs and need to be welcoming the likes of Masood?