I expect everyone reading this post to watch this 18 minute video that the media does not want you to see.  Those 18 minutes will dispel any confusion you might have about what is happening to us at this critical juncture in the history of our great country!

with an introduction explaining why it might not continue to be available at Youtube which is censoring any video that questions the integrity of Election 2020.

Update: As expected this version was removed as well.

If it disappears, you can view it at Rumble here: https://rumble.com/vc32yv-the-plot-to-steal-america-now-censored-on-youtube.html

You will learn why it is so important for the Communist Party of China to make sure that Donald J. Trump is removed from the White House.

When you come to Washington DC on January 6th, or when you do whatever you can where you live to resist the Biden/Harris coup, remember you aren’t just fighting a corrupt Democrat Party (and weak Republicans) and their media lackeys you are standing up to the Chinese Communist Party.  It is 1776 all over again!

From the Plot to Steal America: 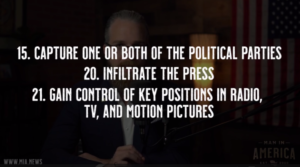 I don’t ask much of anyone, however….

I have 1,339 subscribers to ‘Frauds and Crooks’ and I am asking every one of you to click on the Rumble link (even if you have been able to watch the video on Youtube).   Rumble is Youtube’s competition.

I can tell how many of you click on links and am going to be pretty ticked-off, if you don’t do this.  Frankly I will know if spending my time writing this blog is a waste!

Here is the link again: 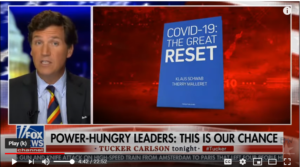 And, the revolution is real! We are not in the midst of a euphemistic revolution but a real one!  We are the closest we have ever come to being overthrown by real revolutionaries working to advance the New World Order. And, only one man stands in the way!

This man, dancing to the tune of the Village People’s ‘Macho Man’ at massive Florida rally:

Yesterday, Rush Limbaugh (who is now on Twitter in a serious way) urged his followers to take 15 minutes to watch some guy most of us have never heard of, but whose speech tells us how high the stakes are for this country.

…we are very lucky to have him. I am almost prepared to say that having him is Providential. How else to explain that we find ourselves with this most unusual, most unpresidential man who has just the attributes most needed for this moment. At any other time, he might well have been a bad president. But in these times—these revolutionary times—he is the best president we could have had.

And, our friend Leo Hohmann also tells us how high the stakes are in his latest post:

A vote for Biden is a vote for the NWO…You have a choice…Where do you stand?

Read it and watch the embedded video of Joe Biden in 2013 endorsing the New World Order.

It was only a little over a decade ago anyone who talked about a New World Order with a diminished America was labelled a nut and relegated to the fringes of polite society.

Of course, anyone reading these pages knows all this, but it is so important to get the word to your friends and neighbors sitting on fences and ho-humming believing this is just one more presidential election. 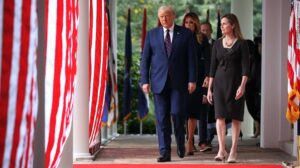 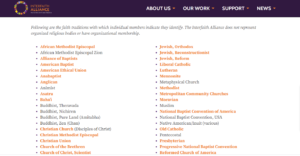 And, apparently there is no need to change a single law.

Here is the story from the Epoch Times (hat tip: Judy):

The U.S. Citizenship and Immigration Services (USCIS) on Friday published a policy alert about banning members of the communist party or any other totalitarian party from getting an immigrant visa.

“In general, unless otherwise exempt, any intending immigrant who is a member or affiliate of the Communist Party or any other totalitarian party (or subdivision or affiliate), domestic or foreign, is inadmissible to the United States,” USCIS said in a policy alert (pdf).

People with membership or affiliation with the communist party or other totalitarian parties are inconsistent and incompatible with the Naturalization Oath of Allegiance to the United States of America, which includes pledging to “support and defend the Constitution and laws of the United States,” the agency said in a statement.

USCIS explained in its Policy Manual that the policy is based on a series of laws passed by Congress between World War I and the 1950s. Those laws state that any alien who is or has been a member or affiliate of a Communist or any other totalitarian party are “inadmissible” for immigration into the United States.

As the biggest communist party in the world, the Chinese Communist Party (CCP) members are expected to be affected most by the new policy.

Of course there are exceptions and people trying to get into the US will lie, but even taking this position signals where this administration is on the spread of communism.