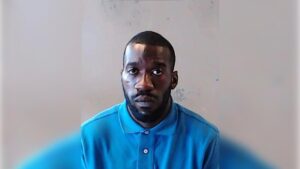 Regular readers know that I joke here about how little information is available when immigrants (aka new Americans) are arrested for a crime.  Rarely do we learn the nationality or immigration status of the perp.


Ann Coulter has said you need a “secret decoder ring” to figure out the bare minimum when a ‘new American’ is involved in criminal activity, but sometimes the mugshot is helpful.
Unfortunately, in Utica, NY and probably all of the state of New York, those arrested are entitled to privacy say Democrat political leaders.  And, we will have even less information!
By the way, longtime readers of my other blog, Refugee Resettlement Watch, will recognize Utica as it was an oft mentioned important resettlement city. The UN even featured it as the city that loves refugees.  Go here for many stories about Utica.
END_OF_DOCUMENT_TOKEN_TO_BE_REPLACED
01/09/201909/21/2019 ~ Ann Corcoran ~ 4 Comments

Sometimes our criminals at Fraud, Crooks and Criminals will be Americans like the man who allegedly killed little Jazmine Barnes in a drive-by shooting ten days ago.


The black child was killed by a black thug, but the New York Times, CNN and all the rest had already lynched a “white man with blue eyes” whose likeness had been sent out around the world after other children in the car where Jazmine died told authorities this is what the shooter looked like.
I’ve told some of you previously that I watch CNN the first thing in the morning so that I can get a feel for where they are steering the Leftwing segment of America on any given day.
Oh boy, here they go I thought when that drawing went out and the race hucksters headed to Houston.
CNN actually led one segment of their morning news with the shooting “hate crime” story, even before they launched in to their daily hate fest against the President.

That was until two days ago when, oopsy! turns out the man arrested in the case looks like this.
A second black man has been arrested.
And, guess what! No updates during my early a.m. review of CNN today.
But it wasn’t just CNN, the New York Times had gone on a ‘it has to be a hate crime’ frenzy.
Here is just one segment of a New York Times story (before the arrest of the black thug):

The Harris County Sheriff’s Office believes the gunman fired at random into the car in which Jazmine was riding with her mother and three sisters, a 6-year-old and two teenagers. A bullet struck Jazmine in the head, her mother said.
The police said Wednesday that they still had not identified the gunman. But the case has drawn the attention of national civil rights activists and fueled speculation that the shooting was racially motivated. The gunman is white, the police said, and Jazmine was black.  [Note how the reporter phrases that, I doubt the police said the gunman is white!—ed]
[….]
In another effort to garner the public’s help, Mr. Merritt [family attorney] and Shaun King, a prominent racial justice activist and a columnist at The Intercept, have offered a $100,000 reward for information leading to the gunman’s arrest.

Maybe the New York Times has apologized, but I don’t see it.
Even in a story where the NYT has to admit the truth, they keep ginning up the “hate crime” meme by quoting Rep. Sheila Jackson Lee, here:

“Do not be afraid to call this what it seems to be — a hate crime,” Representative Sheila Jackson Lee, a Houston Democrat, told hundreds of people at a rally last week near the site of the killing.

Now, this is the story they are pushing widely. It is about how the poor family got confused.

Meanwhile, speaking of poor families, the family of the white man who may have witnessed the shooting is getting bullied and threatened.  This is from local ABC news:

Will the NYT and CNN follow-up and report that news?  I’m not holding my breath!
Maybe the “white man with blue eyes” should sue the whole bunch of them!
I haven’t done this story (“Justice for Jazmine”) justice. Some feature writer should go through the media coverage of the case and expose in exquisite detail how the frauds in the Leftwing media spin the news.
You know they couldn’t wait to blame this on Donald Trump’s America!
New category at Frauds and Crooks: Media fraud!

Would someone keep an eye on this case and see if major media outlets ever mention it again after this week?