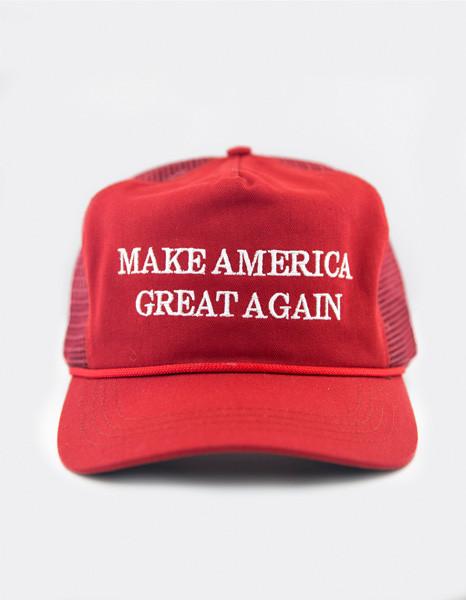 I said I would write about American crooks and criminals from time to time, and so I am with this post.
In my previous post I warned readers about jogging or walking alone, and it appears one is in double trouble walking alone while wearing this hat!
First, here is the bare bones story from WTOP in Montgomery County, MD thanks to reader Cathy for sending it.

Two men are charged with attacking and robbing a man in Germantown, Maryland, who was wearing a red “Make America Great Again” hat.
Montgomery County police said the victim was walking on Cottage Garden Drive on Saturday when he was approached by the men.
The two began harassing the victim and asking why he was wearing the MAGA hat.
The victim replied that he was entitled to his own views, and kept walking.
But police said the two men attacked the victim, told him to take off the hat, and hit him until he fell to the ground.
The victim was then robbed, and the two men fled.
[….]
The charges against 27-year-old Jovan Crawford, of Germantown, and 25-year-old Scott Roberson, of D.C., include robbery, conspiracy to commit robbery and second-degree assault.

What no hate crime? No photos of the perps? And, who was the victim who dared to wear a MAGA hat in the peoples’ republic of MoCo, Maryland?
I wanted to know more and this is what I found….

I found photos and details here at Pacific Pundit.  I had not previously heard of the site, but there is no pulling punches here!

Meet Jovan Crawford and Scott Roberson, two left wing communist thugs. They have been arrested after attacking a legal immigrant from the nation of Togo. WHy did these two thugs attack the immigrant? Because he was wearing a MAGA hat in Maryland. Don’t expect this story to get any national media attention. In fact, the few local media outlets reporting sparsely on this story don’t even give the name of the man who was attacked by this (sic) two communist thugs. They only refer to him as an immigrant from Togo. 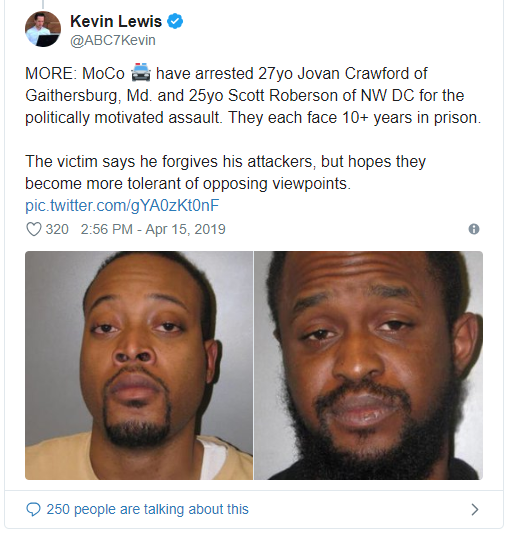 Bottomline, two African American thugs were arrested in the assault and robbery of a legal new American so it’s likely a story to be swept under the rug!

I wanted to know a little about Pacific Pundit and in the process found this site called Media Bias/Fact Check that is obviously a Leftwing attempt to silence views on the right calling those they disagree with “fake news.”  It labels Pacific Pundit an extreme Rightwing site.  Therefore you should add Pacific Pundit to your reading list if the Leftwingers are so worried about it!
Question: Laughing to myself, how soon do you think our borders would be closed to immigrants if all coming in had the same political views as the man from Togo?
Answer:  In a nanosecond, if the Dems had their way!